Posted on February 7, 2016 by Sarah Mullally

This week saw the news that the Israeli government had approved the creation of a permanent and official area for mixed gender praying at the site the Western Wall. Part of me thinks well done to those who have campaigned for the past 27 years, holding monthly protests in the plaza in front of the wall’s ancient golden stones but part of me still thinks if I go again I will pray in the area for women. 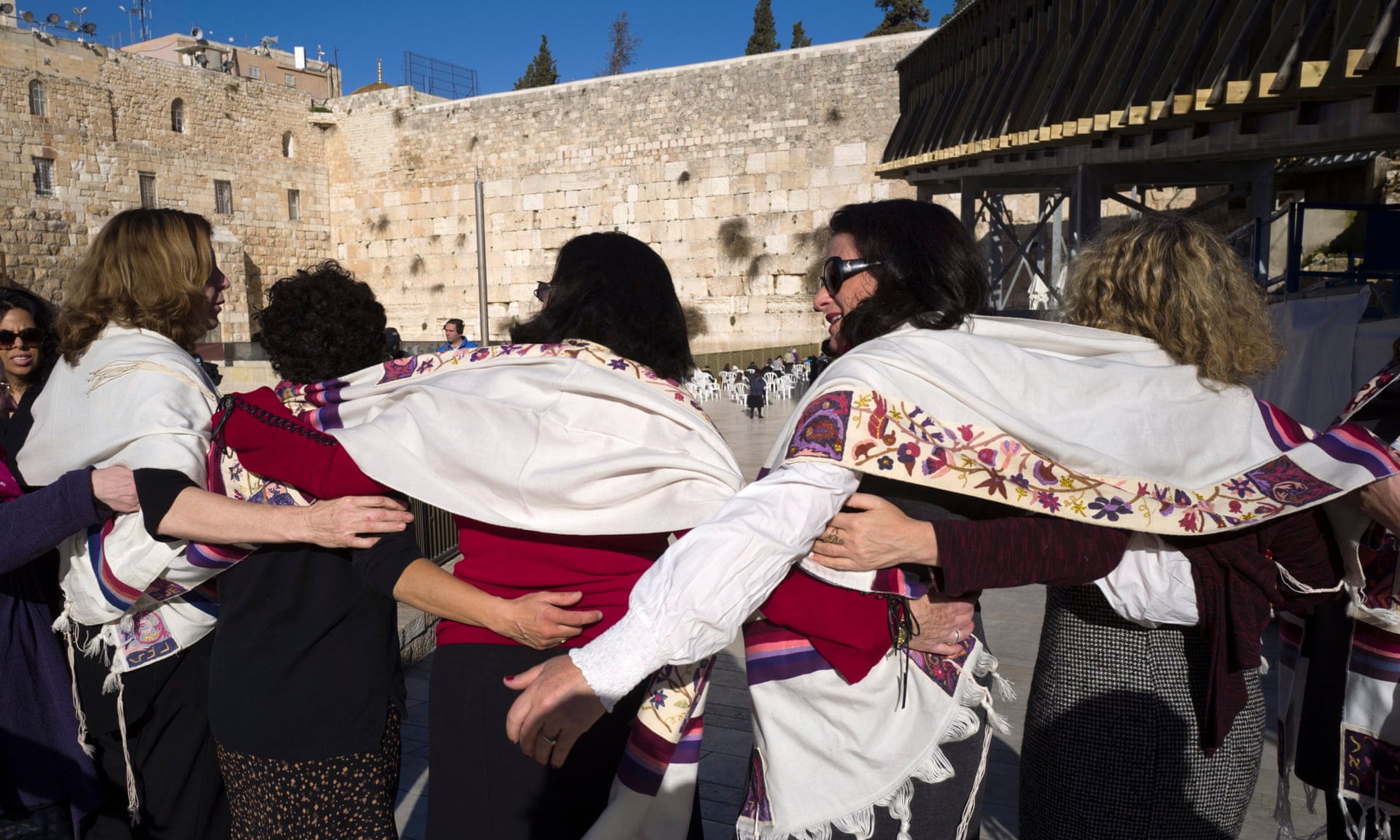 Women of the Wall wearing prayer shawls sing as they walk towards the women’s section of the Western Wall. Photograph: Jim Hollander/EPA

Last month I was at the Western Wall and prayed alongside women in a women only section and found the moment very moving. It was Friday evening the beginning of the Jewish Sabbath and as we approached the wall I thought I would feel difficult at the segregation yet I did not . The men were praying aloud and with great energy – it reminded me of a football match – a communal activity. On entering in the area segregated for women it was clear that life was much calmer. There were women of all ages and children. Some were praying and reading from the Torah aloud others were silent. Women went up to the wall and touched the stones pushing small prayers on paper in between the ancient stones.

In front of us stood young women in uniforms – riffles on one shoulder and designer hand bags on the other. It was clear that we were not Jewish but we were welcomed, room was made for us to approach and prayer at the wall and as we left the group of soldiers said to us “Shabbat Shalom”

I was grateful to have been able to pray alongside Jewish women and I suspect that if I attended the wall again I would go to the women area rather there than the mixed area. And there lies the important point – I will have the choice.

I am conscious that I walk in the footsteps of women who have given me choice. Choice over how I vote, how I occupy my time and over how I now carry out my ministry as a Bishop in the Church of England – to them I am grateful. And I pray for those who today do not have choice because of their gender.

If you wanted a blog run by an experienced blogger look elsewhere - I am a beginner. I am a mum, Bishop, Dame and poor potter - welcome.
View all posts by Sarah Mullally →
This entry was posted in Christian faith, Israel- Palestine. Bookmark the permalink.

1 Response to Women Only?